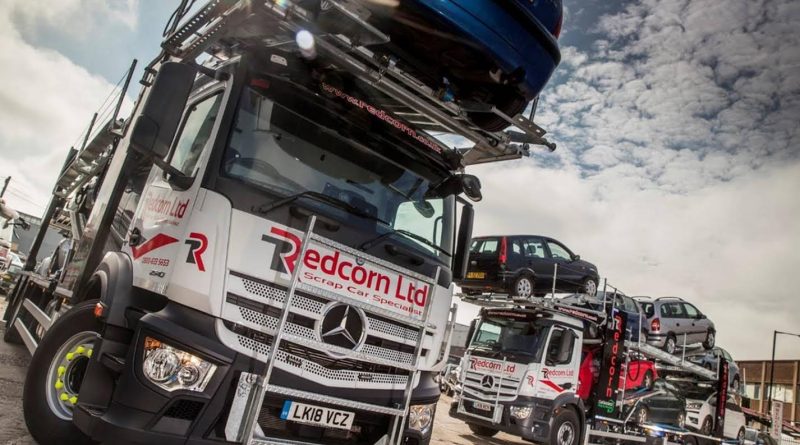 The latest 26-tonne additions to the Mercedes-Benz-dominated fleet of end-of-life vehicle specialist Redcorn are its most powerful yet, and fitted with redesigned transporter bodies that offer significant operational advantages.

London’s largest abandoned and nuisance vehicle contractor is currently retained by no fewer than 26 local authorities that serve residents in and around the capital. Redcorn is using the two new Antos 2540s, however, to collect unwanted and accident-damaged cars purchased from members of the public. On reaching the company’s base in Tottenham, North London, these cars are scrapped in an environmentally sustainable manner, prior to recycling.

The Antos were supplied by local Dealer S & B Commercials, which will deliver another two, identical vehicles to its fast-growing customer in December. They have extended S- ClassicSpace day cabs while power is provided by advanced, fuel-efficient 10.7-litre straight-six engines that produce 290 kW (394 hp) – Redcorn’s eight other six-wheelers have outputs in the 340-350 hp range.

The trucks are fitted with twin-deck bodywork by specialist builder Belle Trailers, of Great Dunmow, Essex. Each is capable of carrying up to eight cars. In another break with the past, Redcorn has opted this time for more durable fully galvanised bodies, rather than the painted steel versions it has specified previously.

The bodies are also lighter and 100 mm lower than previous versions, incorporate a revised top deck with two ramps which can now be operated individually for enhanced flexibility, and feature repositioned winches and reduced approach angles to facilitate easier loading.

What is not new, however, is the fact that these vehicles are based on Mercedes-Benz chassis. Redcorn operates approximately 90 transporters, well over half of which wear three-pointed stars. The line-up includes Sprinter chassis cabs and Atego trucks with gross weights of 7.5, 12 and 15-tonnes – the smallest of these carry single vehicles, while the 12-tonners are built to handle two or three cars, and the 15-tonners four or five.

Redcorn Contracts Manager Stuart Bunker commented: “We choose Mercedes-Benz vehicles for their outstanding reliability and competitive whole-life cost of operation, as well as for an image of quality which our experience has proved to be well deserved. We acquired our first Atego in 2000 and have been buying them ever since.”

The Mercedes-Benz Antos is designed for heavy-duty distribution work from 18 tonnes GVW upwards; in addition to 4×2 and 6×2 rigid variants, the range includes double-drive 26-tonne chassis and 4×2, 6×2 and on road 6×4 tractor units. In all models, responsive, dynamic powertrains are allied to safe, assured driving characteristics, with exceptional ride comfort and precise handling.

Redcorn’s new trucks are now working throughout Greater London, Essex and Kent, having won a resounding ‘thumbs up’ from their drivers. “We’ve opted for a bit more power this time, and that’s a move which has certainly been well received,” confirmed Mr Bunker.

The operator maintains its fleet in its own workshop, but relies on S & B Commercials for warranty and parts support, as well as technical assistance. “We use S & B’s Welham Green and Thurrock branches, as we can get to both quite easily,” continued Stuart Bunker.

“We’ve built very good relationships over the years with the Dealer’s aftersales teams. They clearly appreciate the importance of keeping our vehicles out on the road and earning, and can always be relied upon to help us out should the need arise. We also receive excellent service from S & B’s Truck Sales Manager Steve Thurbon.”

Established in 1992, Redcorn is affiliated to the Vehicle Dismantlers Association and the Chartered Institute of Waste Management. It currently disposes of approximately 50,000 vehicles a year, in line with standards laid down by the Environment Agency and ELV regulations 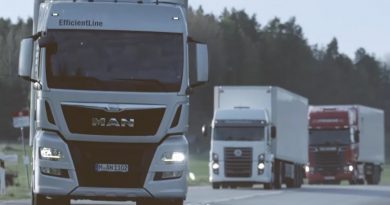 Traton – Volkswagen feel its says everything