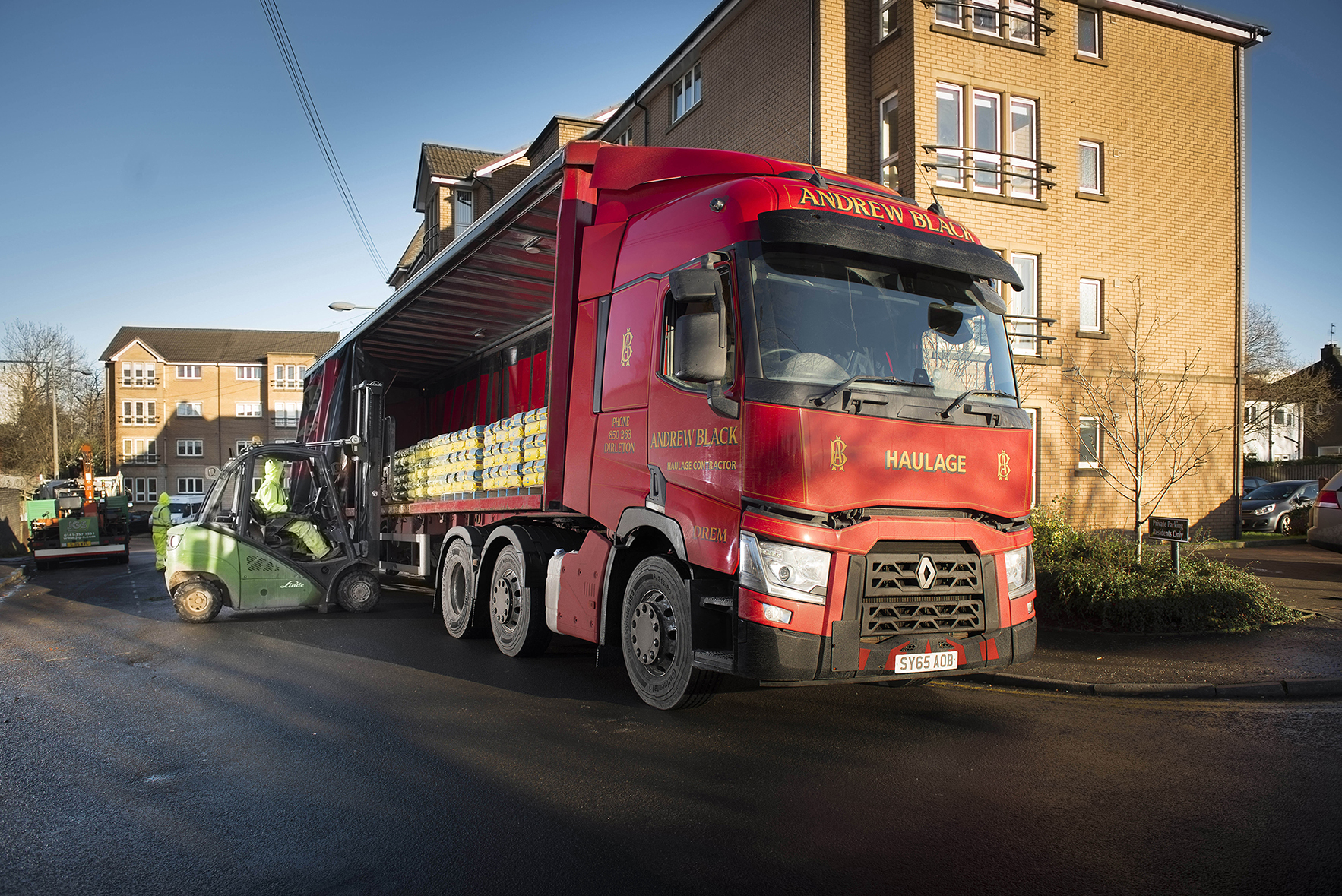 One of Scotland’s road haulage industry leaders, Andrew Black Haulage and Storage, has taken delivery of their first-ever Renault Truck. The 44-tonne Range T520.26 6×2 mid-lift steer, supplied by Renault Trucks Scotland, joins Andrew Black’s 25-strong mixed fleet and will be used across Scotland and the East of England to deliver cement products to building sites and builder’s merchants.

The Range T – in Andrew Black’s distinctive red and black livery – was selected for its driver appeal, performance during a week’s trial as well as the positive relationship with staff at Renault Trucks Scotland.

Commenting on the decision to purchase the company’s first-ever Renault Truck, Director, Andrew Black, explains: “We’ve not used Renault Trucks before, but I was looking for a replacement vehicle. The team at Renault Trucks Scotland listened carefully to our requirements so I was persuaded to give a Range T a try. We then had a demonstrator in for a week which returned good fuel figures and the driver feedback was positive – the cab had all the equipment and gizmos and we particularly liked the built-in sat nav system.”

Andrew Black continues: “We are constantly looking at ways to improve our efficiency so when Renault Trucks offered us a year’s trial of ‘Optifleet’ we jumped at the chance. This online fleet management solution allows us to monitor the vehicle’s and driver’s performance and helps us to manage our business in real time and reduce operating costs.”

“We understand that our customers need a reliable, efficient vehicle and the new Range T has been designed and developed after extensive research and development and has been through the most extensive and thorough series of tests in the Company’s history,” comments Renault Trucks Scotland’s Angus McIntosh. “The new T Range tractor unit has been getting excellent fuel returns and driver acceptability has been very positive in Scotland and it’s great to see the first vehicle on the road in Andrew Black’s esteemed livery.” 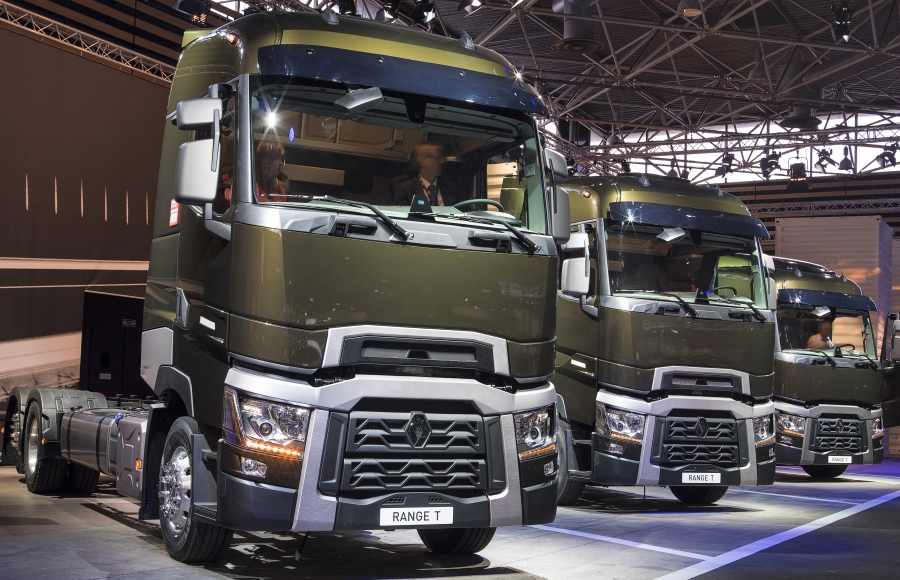 TruckWorld TV- Launch of the Renault Truck Range in Lyon 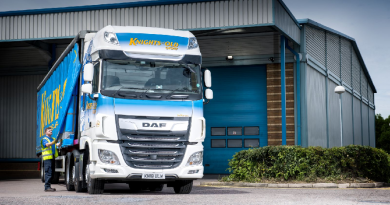